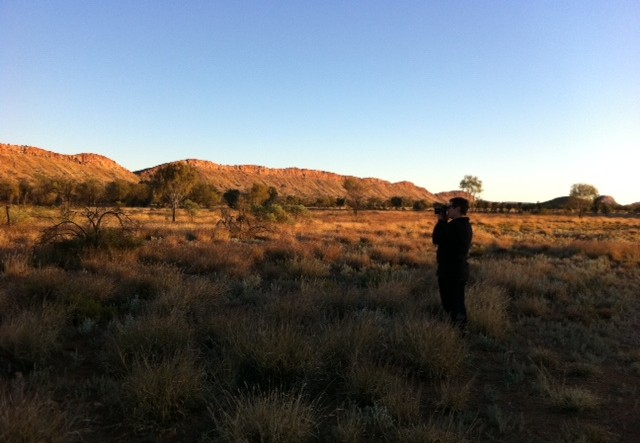 Andrea Geyer is an artist living and working in New York. Her work addresses the construction and politics of time in the intersection of culture, history and politics. With a particular focus on women, her works engage specifically potent social and political situation, events and conditions and create spaces of critical, collective reflection on the politics and ideologies of temporal translations. Her work has been shown widely, including documenta12, Bienal de São Paulo, Museum of Modern Art, New York, and Tate Modern, London. She is represented by Thomas Zander, Cologne.

Andrea is one of the first six recipients of a Creative Time Global Residency. She is currently in Australia where she has been exploring the relationship of culture and religion at the Hermannsburg Mission, in central Australia. The focus of her research is What’s God got to do with it? What happens in the encounter of religion, politics and art? How is the idea of culture tied into the idea of religion?

Hear Andrea discuss her practice in the University of South Australia’s new Jeffrey Smart Building at this FREE event.