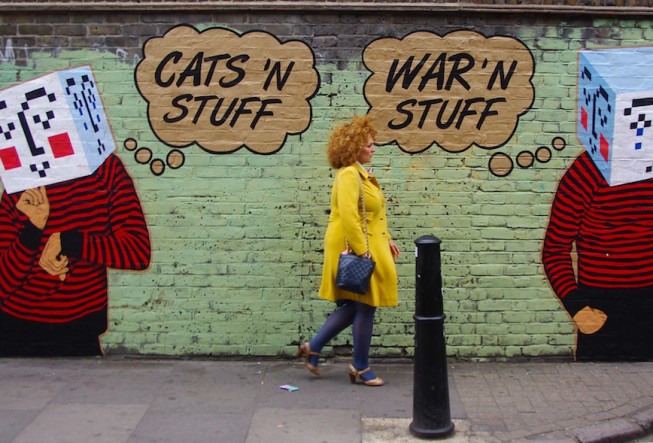 With so much urban planning and redevelopment happening in South Australia we invite you to join us for this timely discussion. Hosted by Andrew Wallace and featuring speakers Ashley Halliday, Lisa Slade and James Hayter our guests will discuss how art changes places, highlighting  the importance of a dialogue between architects, landscape architects, urban planners, developers, curators and artists to explore how art can change places for the better.

A light breakfast will be provided.

Andrew Wallace is Program director of Interior Architecture at the University of South Australia. He has practiced as a designer in Adelaide, Sydney and London since 1984 and has been responsible for the design and delivery of projects ranging in scale from small consumer products to developing a design strategy for the London Underground system and fit outs for major institutions, corporates and retail brands nationally. In his capacity as an academic Andrews particular research interests are in placemaking and urban regeneration particularly in the West End of Adelaide. Andrew is the immediate past president of the Adelaide West End association where for the last five years he has successfully advocated for new initiatives for the improvement of this part of the City. Andrew is the current SA President of the Design institute of Australia and has a keen passion for the relationship between design and great places.

Ashley is a highly experienced creative design leader and project collaborator. As a former Principal of Hassell, Ashley successfully designed and delivered complex university, infrastructure and commercial structures and led their national education sector. Ashley has a strong passion for architecture and design and has delivered, and continues to lead, a number of bespoke residential projects and collaborations with artists and suppliers. Ashley is a creative thinker and communicator with the experience and ability to anticipate, interpret and deliver on clients’ broader aspirations.

Lisa Slade is Project Curator at the Art Gallery of South Australia. Her recent curatorial projects include The extreme climate of Nicholas Folland, HEARTLAND: Contemporary Art from South Australia and management of the 2014 Adelaide Biennial of Australian Art: Dark Heart. She has recently been announced as curator of the 2016 Adelaide Biennial. Lisa currently lectures in a host of postgraduate courses (including Museum and Curatorial Studies, Indigenous Art and Colonial Australian Art) delivered by Adelaide University in collaboration with the Art Gallery of South Australia.

James Hayter established his practice in 1996 working as a sole practitioner in collaboration with clients and urban designers. James initially studied architecture and then landscape architecture in the United Kingdom and urban design at Harvard University. Through his private practice, he has been honoured with many professional awards for excellence for projects including the Canberra Central Parklands, the new public realm at Kingston Foreshores, and Riverbank in Adelaide. His focus on improving the health and productivity of our cities is echoed in his practice approach and mirrors a global movement in new landscape architecture that will positively change the way our cities are planned and inhabited. James also teaches landscape architecture and urban design and is a professor at the University of Adelaide within the School of Architecture + the Built Environment.