Guildhouse at Adelaide Festival of Ideas 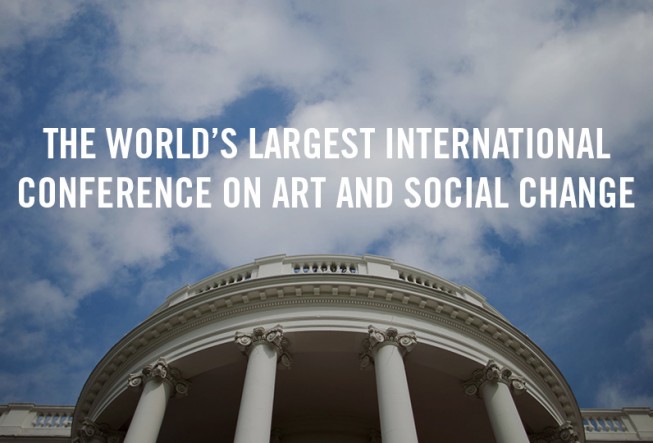 This year, as a regional hub, Guildhouse brings the ideas from Creative Time to the Adelaide Festival of Ideas.

Listen to the audio of The Case for Nonsense

The Creative Time summit explores the idea of the possibility of the irrational as a productive political space. In this session we enthusiastically embrace this idea as we make “The Case for Nonsense”.

A century ago, in Cabaret Voltaire in Zurich, Switzerland, a subversive anti-art movement was founded in response to the devastation of what would be World War I. Dadaism used the absurd and the irrational to critique the unreasonable politics of the time. On the 100th anniversary of Dada, we embrace the irrational in this the year that Adelaide Festival of Ideas says is Make or Break.

Strap yourselves in! Highlights, key questions and discussion from the Creative Time Summit will be presented using the logic of nonsense as our guide. Using visual observation, practical judgement, and without the aid of instruments or a plan — join us! There will be opportunities to contribute and a performative intervention will stimulate discussion.

More at: Adelaide Festival of Ideas

Teri Hoskin is an artist who writes about art, attention, and the value of not-knowing. In 2015 she curated the Adelaide performance screening event for the Creative Time Summit at the Venice Biennale. She is the inaugural participant in a year-long Noela Hjorth residency at Clarendon in the Adelaide Hills.

Monte Masi is an artist and writer from Adelaide. Through a range of discursive social performances and screen-based works, he explores the ways in which art’s work is made visible in today’s world. He holds an MFA in social practice from California College of the Arts, as well as a Masters degree in visual arts from the University of South Australia. Additionally, Monte was a founding member of FELTspace artist-run initiative (acting as co-director of the space from 2007-2010); employed as curator at the Contemporary Art Centre SA 2011-2012; and received a Samstag Scholarship for the visual arts in 2011.

Andy Petrusevics is a contemporary visual artist practicing across all mediums, with a preference for noisy and immersive political installation which self knowingly impersonates propaganda art styles. He does this to remind the conservatives he is onto them and to rattle the left out of its apathy. He lives and works in Adelaide, with a professional practice based in painting, performance culture and political agitprop dating back to 1983, most recently writing, directing and producing experimental, over-acted “narrative” film work. He is the founder of the International Festival of Nothing which celebrates events with no audiences. He “invented” the e party in 1984.