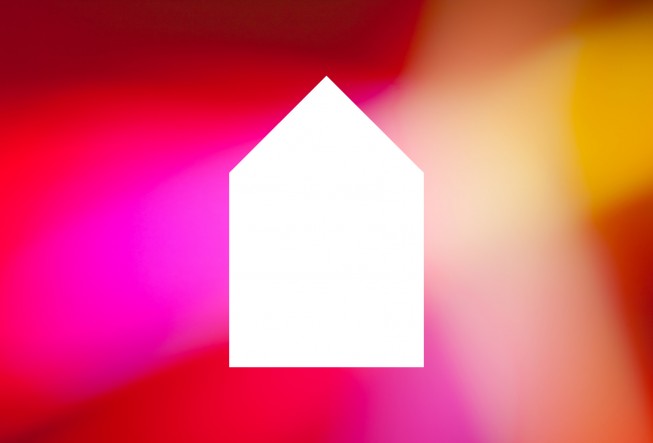 Yasashii Bijutsu are a group of artists who began collaboration in 2002. They have undertaken a wide range of exhibitions, projects and commissions across Japan including for the 2006 Echigo-Tsumari Art Triennial, Komaki City Hospital and Asuke Hospital in Aichi, Japan. Visit the Yasashii Bijutsu website: www.nzu.ac.jp/~yasac(Japanese site)

Small Token: between little stories and the public sphere

The technological emphasis of electronic art of the 1960s and 70s brought the participant into the work of art “as a crucial part of the equation”. As Johanna Drucker notes, art work has increasingly been conceived as a field of possibilities for perception rather than as a discrete, bounded object. Today we can find artists who are developing new types of art concerned with audiences, communities or society: a kind of “relational art”, defined by Nicolas Bourriaud as “a set of artistic practices which take as their theoretical and practical point of departure the whole of human relations and their social context, rather than the assertion of an autonomous and private symbolic space”.

In Japan, some artists are trying to find a way between the unconsciousness of social aspects and perceptually-based concepts of a work of art as (private) experience. In this forum, artists and researchers from both Japan and Australia will consider relations between visual art, community and experience through a discussion of the exploratory practices of contemporary art and cultural research; studies of art in public space; and an examination of the mobile phone – no longer a simple telephone but a terminal device open to the public – as one tool for intervening in the experience of art.
Art works by visiting Japanese artists, each in their own way concerned with some community, will be shown in the gallery in connection with the forum.

Art and its neighbors: from ‘REGARDEURS’ to ‘hope’
When we investigate public art, one of the most important aspects we should refer to is the existence of the “public” around the art. As Marcel Duchamp said, “Ce sont les REGARDEURS qui font les tableaux (the onlookers make the paintings).” Starting from this point of view, this speech will consider what the REGARDEURS are, with the assistance of key terms such as “profane,” “neighbor,” or the Japanese “katawara”. This investigation might typically lead us to Japanese arts before modernisation, wherein an immense applied-arts field extended. However, how should we recognize the contemporary situation surrounding art? In order to answer this, an exhibition, “hope”, held at Nagoya in January, will be introduced as one possibility for thinking about “public” art.

Art Experience via mobile phone using text and photographs in Hiroshima
In Japan, it seems that the appreciation of art is restricted to the elite few as people do not seem interested enough to visit art museums. The system which we created has been refined on three occasions to date and is targeted at those who have few opportunities to appreciate art. This system was implemented initially through the use of a PDA system and then a further two times using the mobile phone network. In the most recent experiment, we designed a system to share appreciation of public art in urban spaces, using the mobile phones of viewers. Six pieces of public art throughout Hiroshima City were assigned for their proximity to one another and the relative ease by which visitors could view them in a half day walk of the city. These include Isamu Noguchi’s “the Peace Bridge”, “the Memorial Monument for Peace” in Hiroshima’s Peace Memorial Park, and “the Memorial Cathedral for World Peace” which is remains in constant use for citizens. Depending on differences of time and weather, each piece of public art assumes a different posture. Through the repetition of this experiment within the confines of Hiroshima City, our experiment found that the experience of public art was enhanced through the use of the mobile phone support network.

SRPG is like Shogi (a Japanese version of chess) in that every piece represents a character, a uniquely Japanese video game genre. Focusing on SRPG enables many characters to be pieces in the story world and enables them to talk equally with the player. I will consider the potential of stories after the postmodern period in consumer games which are interactive communicative media. The narrative style popular amongst young people in Japan is not linear, but is rather the accumulation of the stories that various characters have. In addition, in SRPG many players can decide how to use it, though it includes the metaphysical aspect of “Empathy”. Arguably SRPG is the opposite of “the kind of story that relates directly to our own lives”, which was the main narrative style until recent years. “Looking” at the “World” through the “Hero” (simplistically) has became difficult now.

Transversal Sense and Non-Organic Communities
Within the relations between the human body and material architecture is the possibility of a ‘nonorganic’ sense of community: one that is not transcendent but is in the occasion of sensorial works themselves. This paper reflects on the relationship between the work of architect Shin Takamatsu and philosopher Felix Guattari on an ethics of a dynamic conception of community-making that is different from the kind of ecstasies celebrated in phenomenology.

Public Art, Environment & Experience
This paper examines the related concepts of ‘environmental sculpture’, ‘public art’, and the ‘gallery without walls’ that emerged throughout the late 1960s in tandem with calls for the democratisation of cultural experience and shifting rationalities of governing through cultural action. This paper makes use of an ‘environmental sculpture’, the Adelaide Festival Centre Southern Plaza (1977), to briefly reflect upon changing understandings of environment, the centrality of ‘experience’ in contemporary art discourse, and competing constructions of ‘communities’ and ‘publics’.

Public Spacing and the Relatively Slow Growth of the Retro Computer Retail Industry
Yuen’s artistic practice centres around interactive installation. Formally trained as a composer, his installation-based works use a combination of abstract sound, images, and experimental interactive technologies, in order to create artworks grounded in perceptual experience. Exhibiting regularly since 2003, his work Swarm was shown at ACMI in a joint exhibition with the Hayward Gallery. He was the artistic director of Project 3 (2006 Adelaide Festival) and served on the Inter-Arts board for the Australia Council of the Arts (2006/7).