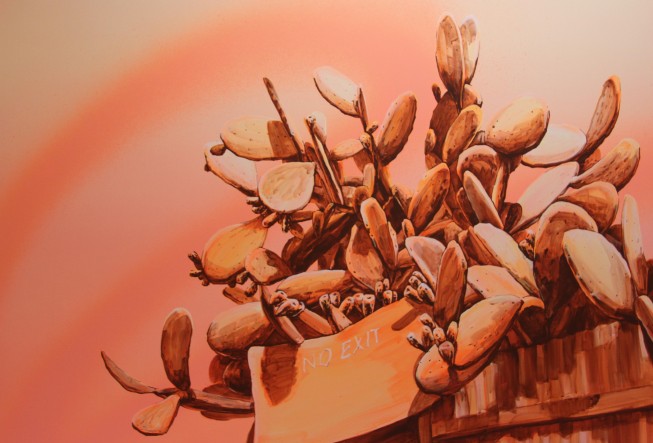 Don’t miss this rare opportunity to visit the private studios of some of Adelaide’s most successful artists and hear how they’ve established sustainable careers. Guildhouse’s series of talks in the artist’s studio invites you to learn from well-regarded creative professionals as they describe their career development – where they started, what they’ve done to get where they are and the lessons they’ve learned along the way.

James Dodd has exhibited widely across Australia in artist run, publicly funded and commercial spaces.  His work traverses the boundaries between visual street culture, alternative use of urban space and existing gallery conventions. Whilst pursuing a practice that has painting as a constant, Dodd explores built structures, mobile objects and plethora of other variants as components of his outcomes. Recent significant projects have included collaborations with the Art Gallery of South Australia, Adelaide City Council and Splendour in the Grass festival.

Dodd is also active as a tertiary educator at Adelaide Central School of Art and works as part of a busy side project known as the Australian Bureau of Worthiness. The A.B.W. surveys compact socio political landscapes and re-presents their findings as performance. He is represented by Ryan Renshaw Gallery in Brisbane and Hugo Michell Gallery in Adelaide.