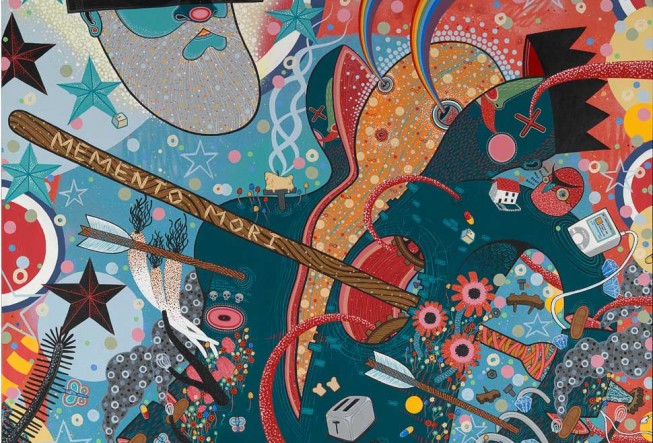 As part of the Gallery’s First Fridays December event Dan Withey, in conversation with Robert Reason, Curator of European & Australian Decorative Arts, will speak about his practice and the development of his significant new painting, Wake.

Since May this year Dan has been researching the representation of mortality in traditional European art at the Art Gallery of South Australia. From this, Dan has produced  Wake, a painting that confronts the subject of mortality in an eclectic storm of religious symbols, material possessions and emblems of renewal.