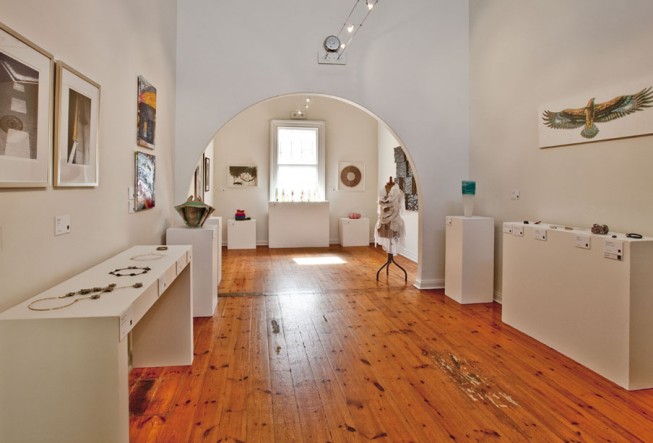 The 2011 President’s Prize was awarded to Maria Chatzinikolaki for her ceramic work Scales. Vanessa Williams claimed the 3D prize with her titanium jewellery entitled Loop, and Aurelia Carbone won the 2D prize for her photographic work,Chimera’s ball. The Unpacker’s Prize was given to Shauna Mayben for Riches have wings, a jewellery work. The People’s Choice prize from the Crown Plaza Adelaide, of one nights accommodation for two, including breakfast and parking was awarded to Jason Sims for his exhibit Absent ll.