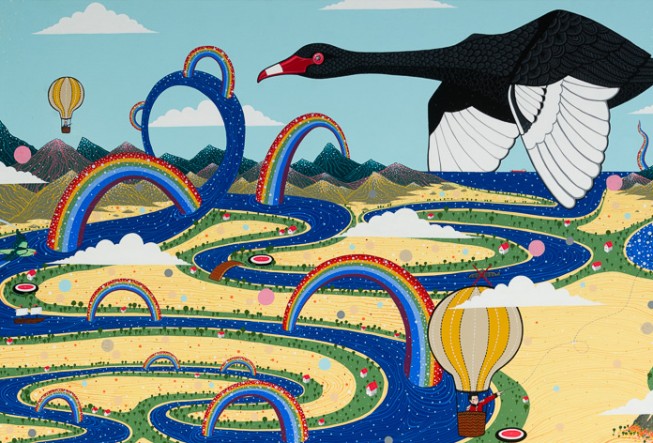 Dan focussed on John Dowie’s Three Rivers fountain and The Slide as well as the Daubist Mural No. 1 by Driller Jet Armstrong. His research included engaging a response to these works from members of the public through postcards that were left at the city library, which has informed his work. 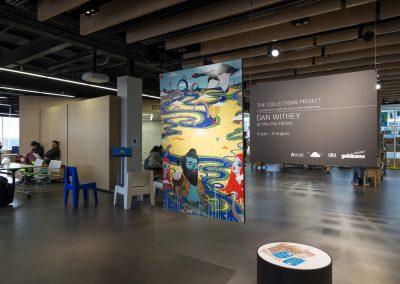 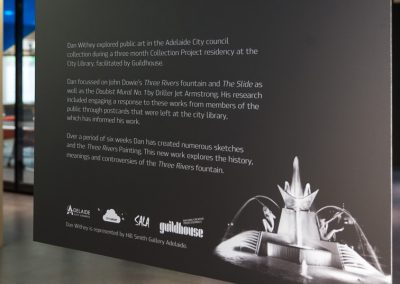 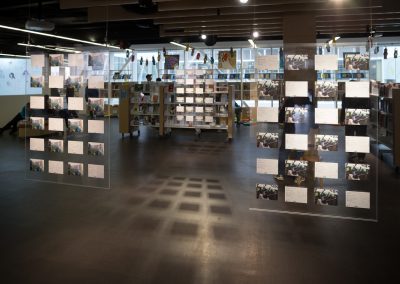 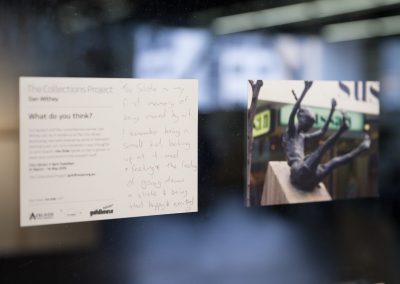 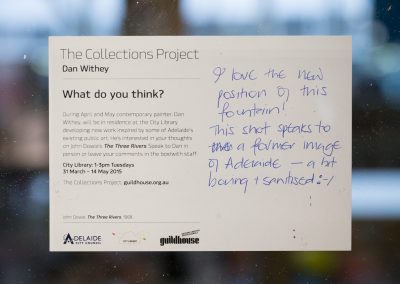 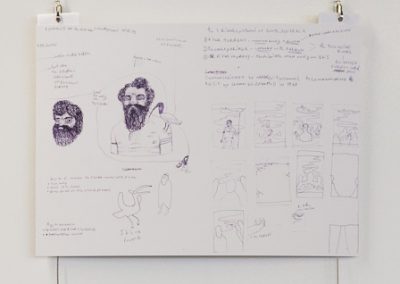 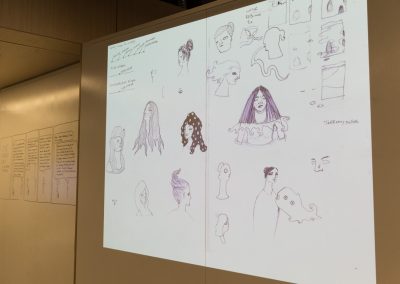 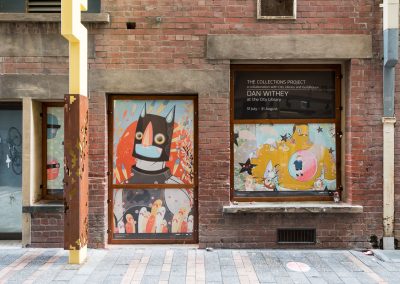 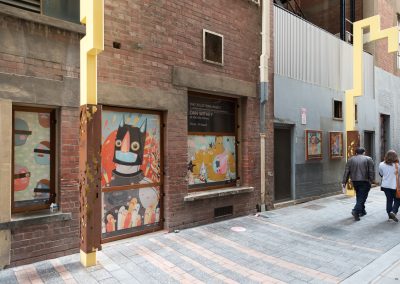 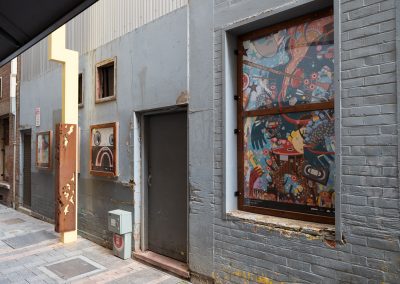