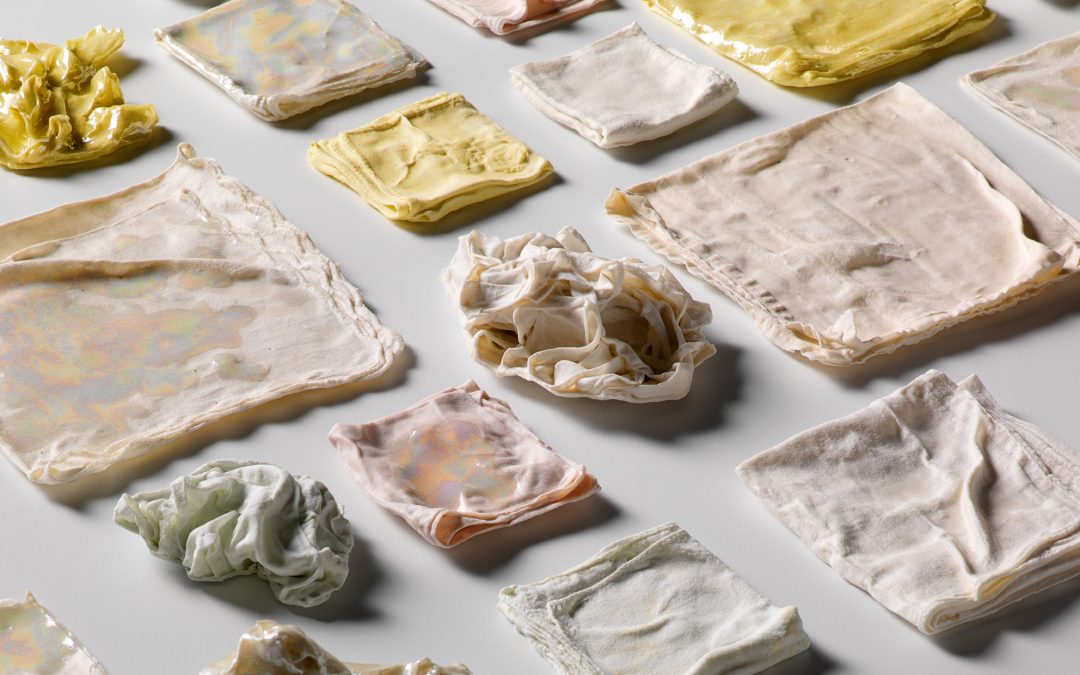 Honor Freeman’s practice commemorates the smaller moments that are a constant rhythm of the everyday. Working primarily in porcelain, she harnesses the mimetic qualities inherent in clay through the magic of slip casting, creating playful works that interact with ideas of liquid made solid. The porcelain casts echo the original objects; the liquid slip turns solid and becomes a precise memory of a past form – a ghost.

Thoughts of preserving, measuring and marking time’s passing occupy the work during the making process, and there is a correlation between actions and gestures used when engaging with objects and those used during the production that informs the work. It is these ideas that have been a constant within her work (time, repetition, mimicry, the humble and everyday) that she is interested in teasing out further within the context of the collection of the Art Gallery of South Australia.

The outcome of Honor’s project was exhibited at the Art Gallery of South Australia as part of SALA 2019.

View the Exhibition Catalogue
Return to The Collections Project