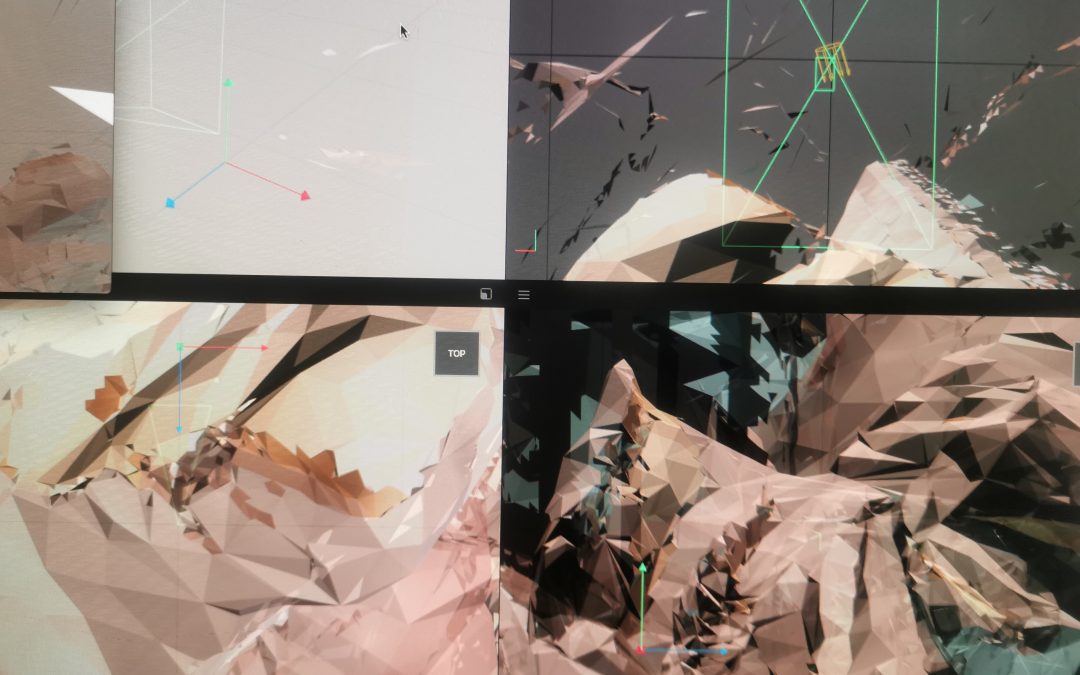 Maarten Daudeij grew up in the rural south-east of the Netherlands before moving to South Australia at the age of 27. Conscious of his responsibilities as an artist on Aboriginal land, Maarten has been consulting with cultural custodians and experts Gavin Malone and Karl Winda Telfer for his Catapult mentorship.

We interviewed Maarten about what it’s been like to undertake this mentorship and the impact it has had on his practice so far. 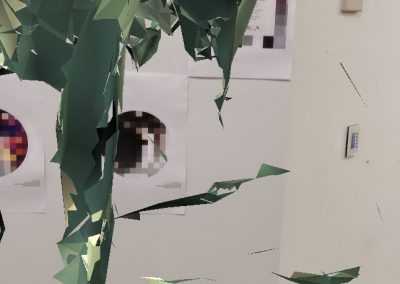 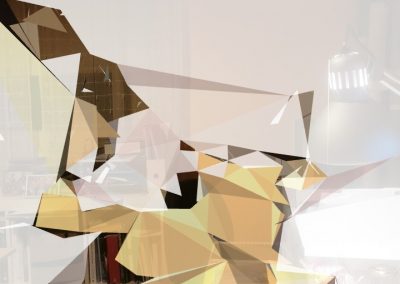 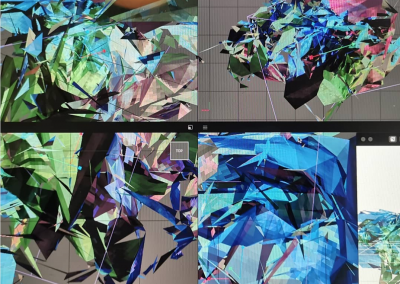 I have a cross-disciplinary visual art practice, encompassing poetry, musical composition and coaching. I work in traditional media, like painting, as well as hi-tech approaches to art making, such as Augmented Reality. I am always looking for cross-pollination between art forms and new ways of seeing.

What were your aims for your practice when you applied? Did they change during the course of the mentorship?

When I started the mentorship I was interested in making good work, with inclusivity in mind. Throughout the mentorship the realisation arose that making art is celebratory, ceremonial, and more powerful than I could have ever imagined. It is to be taken very seriously and appreciated, first by the artist for their enormous yet humbling ability and second by humanity for the depth of appreciation art opens up for humanity herself. In effect art is always the opening up of new pathways for Life to take as humanity.

How did you decide on and approach your mentor?

Dr. Malone and myself were contemplating a way to work together in relation to his project L50K. The Catapult mentorships seemed an ideal way to do so. Dr. Malone’s long time collaborator Mr. Winda Telfer (Kaurna Elder/Custodian) was interested in being a mentor as well, which has been of enormous implication for me, and will continue to do so beyond this mentorship.

What aspect of your mentorship has had the biggest impact so far?

The biggest impact the mentorship had for me, was the arising of a sense of celebratory and spiritual agency, Pan-Cultural and post-political, that one has as an artist. Yet such agency is available and can be developed by all. To relate to each other from such point of departure makes for productive, benign and sensitive engagements, towards healthy futures.

What advice would you give artists who are considering undertaking a mentorship?

I would suggest to those considering taking on a  mentorship project, if you feel encountering your mentor would be interesting yet also somewhat anxiety provoking, that’s probably where a mentorship with that person will be enriching.
Learn more about CATAPULT

Dr. Maarten Daudeij (PhD, MFA UniSA and BFA Gerrit Rietveld Akademie, Amsterdam) grew up in the rural south-east of the Netherlands. Large parts of his younger years were spent in contemplative solitude, wandering the forests surrounding his place of birth.  At 27 years of age Daudeij moved to South Australia, feeling strongly drawn to the immense stillness, and eternal quality of the landscape of the Flinders Ranges. Immersing himself in most intense silence, he came to understand what art-making meant for him, how art was to arise through him and what he was seeking to bring about through his work. Daudeij’s artistic practice is strongly multi-disciplinary. He works using a vast array of media; from the most traditional techniques and approaches in painting and printmaking, to cutting-edge methods in the virtual realm. A large part of Daudeij’s output is language-based, be this through either poetry or spoken-word, crossing over into soundscape and large-scale musical installation pieces. For Daudeij, the need to make art often arises from a sense of celebration, whereby reality is sensed a 4-dimensional holographic dance. And the artist, he understands, holds the right and the plight, to be that dance in a human form. This Dance is the entire world Aflame in Song. It is painting. It is poetry. It is every utterance Alight.
Learn more about Maarten Daudeij

Gavin Malone is a cultural geographer, artist and teacher with a particular interest in cultural interpretation and a connection to the indigenous nature of place. He is adept at utilising a wide range of media in his work, both studio and public space. He has exhibited widely throughout Australia (eighty exhibitions nationally and internationally). He has worked with the Kaurna community for twenty years on cultural renewal and presentation projects, public artworks and exhibitions. A major project with Sherry Rankine and Margaret Worth was Tjirbruki Narna arra’ The Tjirbruki Gateway at Warriparinga, a place of particular significance to Kaurna in suburban Adelaide. In 2012, Gavin completed a PhD in cultural geography at Flinders University, his thesis being The Phases of Aboriginal Inclusion in the Public Space in Adelaide since Colonisation. He has published aspects of his thesis in Geographical Research (2007) and presented papers to the International Geographical Union Conference in Tunis and the Royal Geographical Society in London (2008). In conjunction with this he undertook a study tour on the symbolic value of civic spaces in several European capital cities. Since 2015 he has been focussing on Lot50-Kanyanyapilla, his bi-cultural ecological and cultural regeneration project near McLaren Vale.
Learn more about Gavin Malone

Karl Winda Telfer is a Kaurna man from the Adelaide Plains region of South Australia. He is a custodian of ceremony, a cultural educator and a designer/artist. Karl has been involved in Aboriginal cultural and spiritual renewal all his life, coming from a family of strong cultural and political activity. He is known in his, and the wider, community as a knowledge keeper for the fire in his Country. In 1993 he co-founded the Tjilbruke Dancers (the first Kaurna cultural renewal ensemble in Adelaide), in 1996 he founded the Paitya cultural ensemble and recently Yellaka Old Wisdom-New Ways entwining Kaurna knowledge systems and culture through language, stories, song, ceremony and ritual. In 2001 he was invited as a Kaurna cultural ambassador to participate in the Tracking Project, New Mexico, which was a forum of teachers and Indigenous elders from around the world to design a series of teachings, through a seven year program. He was the inaugural Aboriginal Associate Director for the 2002 Adelaide Festival of Arts where he co-produced and co-directed the global ceremony of peace, Kaurna Palti Meyunna, in Tarndanyangga/Victoria Square. This contributed to Victoria Square becoming a shared place with dual names and the public debate on the design and the bicultural usage of the Square. Karl fulfilled a major role in the Victoria Square/Tarndanyangga Regeneration Master Plan (2003-2010) with Taylor Cullity Lethlean. Karl was awarded the President’s Prize by the SA Chapter, AILA, for his contribution to public space design through bi-cultural collaboration. He has been a member of the Adelaide City Council’s Reconciliation Committee, the South Australian Aboriginal Advisory Council (to the Premier) and the South Australian Aboriginal Heritage Committee, the South Australian Country Arts Board and the Natural Resources Management Board.
Learn more about Karl Winda Telfer